Printing Knowledge: WHAT IS A QR CODE?

Printing Knowledge: WHAT IS A QR CODE?

So you may have heard that QR Codes are set to become the 'next big thing' but thinking to yourself, what is a QR Code? QR or Quick Response Codes are a type of two-dimensional barcode that can be read using smartphones and dedicated QR reading devices , that link directly to text, emails, websites, phone numbers and more! You may have even got to this site by scanning a QR code!
Try to scan the below QR CODE to see the results: 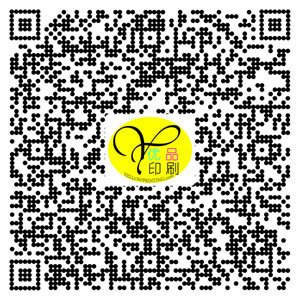 QR codes are huge in Japan and across the East, and are slowly beginning to become commonplace in the West. Soon enough you will see QR codes on product packaging, shop displays, printed and billboard advertisements as well as in emails and on websites. The scope of use for QR codes really is huge, particularly for the marketing and advertising of products, brands, services and anything else you can think of.
SHOULD I CARE ABOUT A QR CODE?
With as many as half of us now owning smartphones, and that number growing on a daily basis, QR Codes have the potential to have a major impact upon society and particularly in advertising, marketing and customer service with a wealth of product information just one scan away
WHAT IS ENCODED IN A QR CODE?
In its simplest sense a QR Code is an 'image-based hypertext link' that can be used offline – any URL can be encoded into a QR Code so essentially any webpage can be opened automatically as a result of scanning the barcode. If you want to encourage someone to like your Facebook page – have your Facebook profile page as the URL. Want your video to go viral – encode the URL in your QR Code. The options are endless.
In addition to website URLs a QR Code can also contain a phone number – so when it is scanned it prompts the user to call a particular number. Similarly you can encode an SMS text message, V-card data or just plain alphanumeric text. The smartphone or 2D barcode reading device will automatically know which application to use to open the content embedded within the QR Code.
WHAT SIZE MUST A QR CODE BE?
Generally speaking, the larger the QR Code, the easier it is for it to be scanned, however most QR reading devices are able to scan images that are small enough to fit on a business card for example. This of course assumes that the quality of image is good.
WHO INVENTED THE QR CODE?
Denso-Wave - a subsidiary of the Toyota Group - are attributed with the creation of the QR Code as far back as 1994. Originally it was designed to be used to track parts in the vehicle manufacturing industry, but its use has since grown tremendously.
YellowPrinting, if you copied it to elsewhere, please show the original source of this article, thanks.
QR code printing QR code printing service QR code sticker printing sticker printing company sticker printing factory
Location: Baiyun, Guangzhou, Guangdong Province, China

Popular posts from this blog

10 questions to test your printing knowledge

September 19, 2016
10 questions to test your printing knowledge: ( Answers can be seen the bottom part of this article, but do not peek before answering it by yourself, :) ) According to Gartner, printers, the supplies associated with them and the support required to keep them operating represent 5% of the typical IT budget. How much do you know about printers and related technology? Take our quiz to find out! Want to study up a little first? See our glossary of printing terms. 1. This term is what P.S. stands for on a letter. It's also the name of a programming language that describes the appearance of a printed page. What's the name of this term? 2. This printing method, which creates raised and colored areas on paper, is often seen in wedding invitations, business cards and letterheads. What kind of process is it? 3. Which of the following is the oldest form of printing: a. gravure b. flexography c. letterpress d. screen printing 4. In printing, DPI is the standard measure of prin
Read more

Ten Questions For Testing Your Knowledge Of Printing